'The Cowgirl Ropes a Billionaire' by Cora Seton 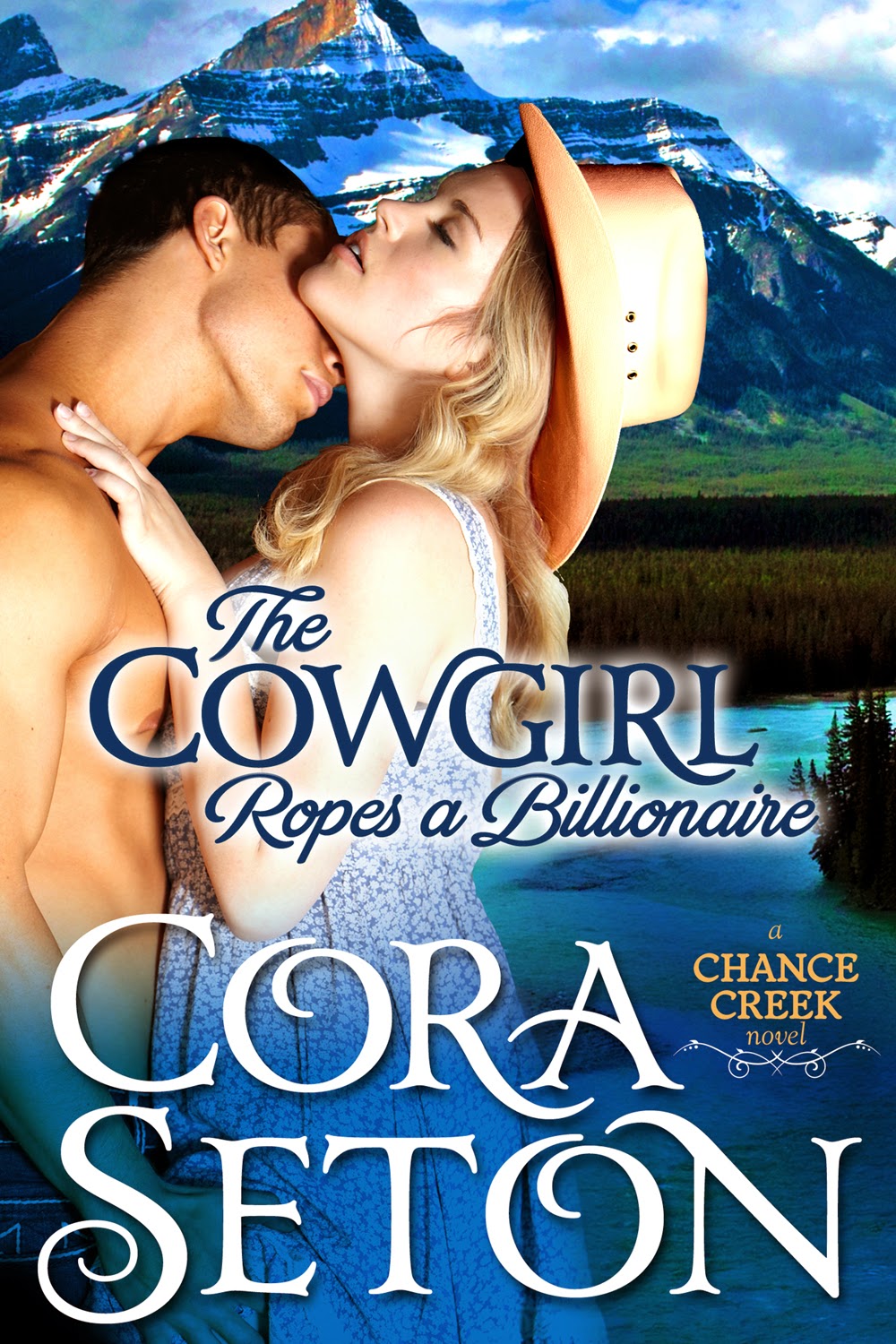 THE COWGIRL ROPES A BILLIONAIRE
by Cora Seton

Bella Chatham will lose everything - her veterinary practice, her animal shelter, and even her home - if she can't find another source of income, fast. So when her best friend signs her up for the hot new reality television show, Can You Beat a Billionaire, Bella accepts the challenge and hopes against hope she can win the ten million dollar prize. If she doesn't, it's bye-bye pet clinic and shelter, bye-bye Chance Creek, Montana, and hello to marriage to the billionaire for a year!

Evan Mortimer, billionaire, can't believe he's reduced to competing in a television contest to win a wife. Unfortunately, it's the only foolproof way to secure his position as head of Mortimer Innovations. At least he'll be able to dump his "spouse" at the end of the year; he's much too busy to be tied down to a country bumpkin cowgirl.

Bella doesn't expect her adversary to be handsome - or funny, or compassionate - but Evan's all three, and he's proving a tough competitor, too. When they end up sharing a tent - and a sleeping-bag - her body betrays her with a longing so deep it cuts her to the core. Still, this cowgirl must stay strong. If Evan uncovers her secret fears, he'll use them to win the contest - and then he'll own her for a year. She'll be out of luck, out of cash, and stuck being Mrs. Mortimer until he kicks her to the curb. Too bad she can't decide which is worse - winning the show and losing Evan forever, or losing the show and only being his temporary wife.

Evan can't believe he's falling for the one woman who doesn't want him. This cowgirl's not impressed by his money, his name, or his inability to sleep in a tent with her for an entire night, but every look and touch she gives him sends his desire through the roof. With a director determined to use his claustrophobia to make him look like a fool, and an adversary so sexy he can hardly see straight, he'll need all his savvy to come out on top. Too bad he's going to lose no matter how this show turns out. If he beats Bella, he'll destroy the first woman he's ever loved. If he doesn't beat her, it's bye-bye Mortimer Innovations.

Will either of them remember in time that it's not who wins or who loses - it's how they play the game that really counts?

A golden-haired beauty stared back at him. Well, maybe beauty was too strong a word. She was fresh, wholesome, wore little makeup that he could see. She stood in a yard filled with large enclosures, surrounded by dogs, cats, rabbits and other animals. She held a puppy in her arms that was obviously squirming and she was laughing—all bright eyes, thick, wavy hair, legs that went on for a mile, and a cowboy hat perched atop her head. She could be the poster child for middle-America—a healthy, happy, well-adjusted country girl.

He’d never dated anyone like her, not that he’d dated much. When your family was worth billions a certain amount of suspicion crept into your personality. His mother, especially, thought they were surrounded by vultures ready to rip them apart at the slightest sign of weakness. She’d practically hand-picked Nate’s wife from the children of her small circle of friends. While Nate and Brenda seemed happy enough, Evan had no interest in marriage to a woman like that.

His own attempts at dating had been disastrous. A few girls back in college who made it clear they expected a steady stream of expensive gifts, and called him cheap when they weren’t forthcoming. Several more women in his twenties who didn’t mention money at all, but talked frequently of their friends’ impending weddings, all the while shooting him furtive looks from gleaming eyes that he swore held the reflection of dollar signs.

He never got past a few weeks of dinners, dancing and trips to museums or concerts before he broke it off. A constricting feeling would build in his chest until the idea of seeing them again made him physically ill. He was ashamed to admit he broke up with most of those women over the phone, several by texting, but that feeling of being caught—of being trussed up with no way to escape… He couldn’t bear it, and couldn’t take the risk that if he met with them in person, he’d end up running away.

That had happened once—only once—but he’d never forget it, and he’d never put himself in that position again.

He shook his head and dragged his thoughts back to the present. His money was a blessing. No way Evan would feel sorry for himself because it hampered normal relationships.

Bella was nothing like the sophisticated, calculating women who’d given him so much trouble in the past. He’d have no problem keeping her at arm’s length and controlling the outcome of the show.

She’d do fine for his wife. 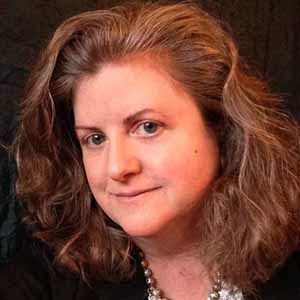 Cora Seton loves cowboys, country life, gardening, bike-riding, and lazing around with a good book. Mother of four, wife to a computer programmer/eco-farmer, she ditched her California lifestyle nine years ago and moved to a remote logging town in northwestern British Columbia.

Like the characters in her novels, Cora enjoys old-fashioned pursuits and modern technology, spending mornings transforming a neglected one-acre lot into a paradise of orchards, berry bushes and market gardens, and afternoons writing the latest Chance Creek romance novel on her iPad mini. Visit www.coraseton.com to read about new releases, contests and other cool events!

Cora will award a $100 Amazon GC to a randomly drawn commenter during the tour. Follow the tour for more chances to win!
Posted by Andi at 3:00 AM