The Magic of Rock by Nicky Wells, author of 'Fallen for Rock' 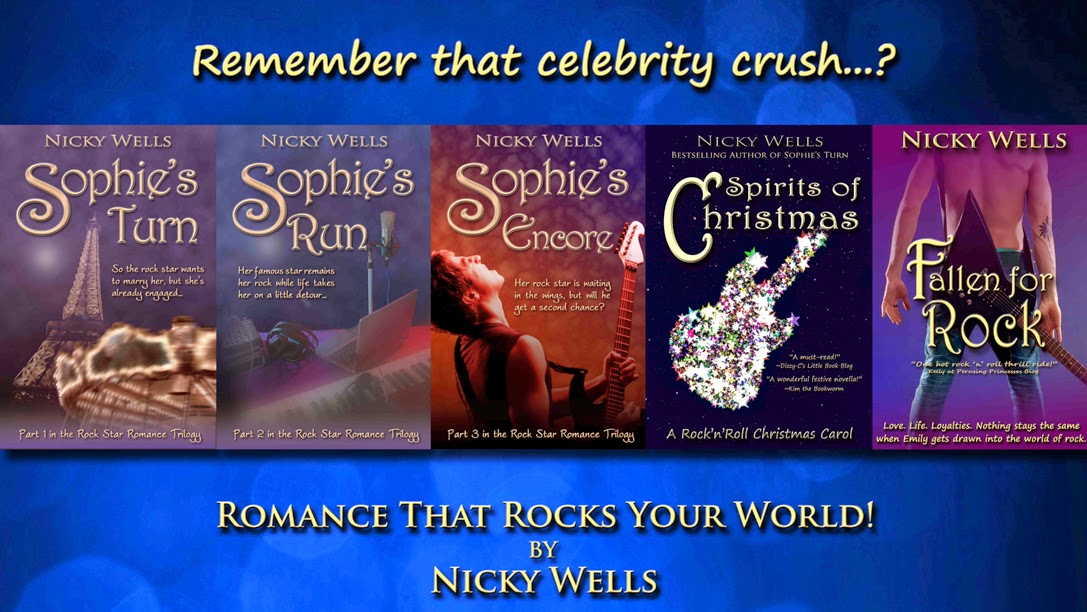 The Magic of Rock

‘It’s the magic of rock,’ Nate’s voice whispered in my head, and I jumped. For a second, I felt a little tearful. ‘The magic of rock’ was one of his favourite expressions, but I had always laughed it off. Oh, if only Nate were with me. Maybe the magic of rock would magically fix us, too.

~Excerpt from Fallen for Rock

Now, as you can see, Emily doesn’t get it. At least not at the beginning. My challenge was to make her understand. So what is it, this ‘magic of rock’? What does it mean? Well, let’s see.

A good rock song is like a mini symphony. It’s deceptive in its simplicity, and it gets people singing along. It gets people involved with music. A rock concert is a living, thriving body of musicians on stage and off stage. The audience turns into a massive choir and percussion set. Everyone becomes part of something larger, something unique and extraordinary, something that leaves no room for everyday worries. For those two hours, the fans get swept away and transported to another place where everything is (nearly) perfect.

A good rock musician is a skilled as a classical performer, and in many more ways than ‘just’ performing. Rock musicians doesn’t ‘just’ make music. They also know about acoustics and the technology that makes it happen, for them on stage and for the audience in the hall. And they’re performers—entertainers, sometimes comedians, occasionally magicians. The show is about a lot more than ‘just’ the music. It’s an experience.

Last but not least, rock music is ‘real.’ I know, that sounds like another contradiction, doesn’t it? How can it be real when the instruments are largely electric? Electric guitars, electric bass, keyboards. But see, this is just superficial. The ‘electric bit’ only augments the sound. All the playing is real. There’s no (or very little) sampling, no automated drumming or chords. And the subject matter is real. More often than not, rock music is about ‘real stuff.’ Bad days at work, being out of work, drug use and abuse, falling in and out of love. Rock music touches people because it’s relevant to them.

This is the magic of rock, all of it put together. Powerful music with strong melodies; contradictions, and involvement, and keeping it real. On stage, the whole thing is underscored by light shows and stage effects that add drama and literally immerse you in that world.

Does Emily get it by the end of the book? You’ll find out... Happy reading, and rock on! 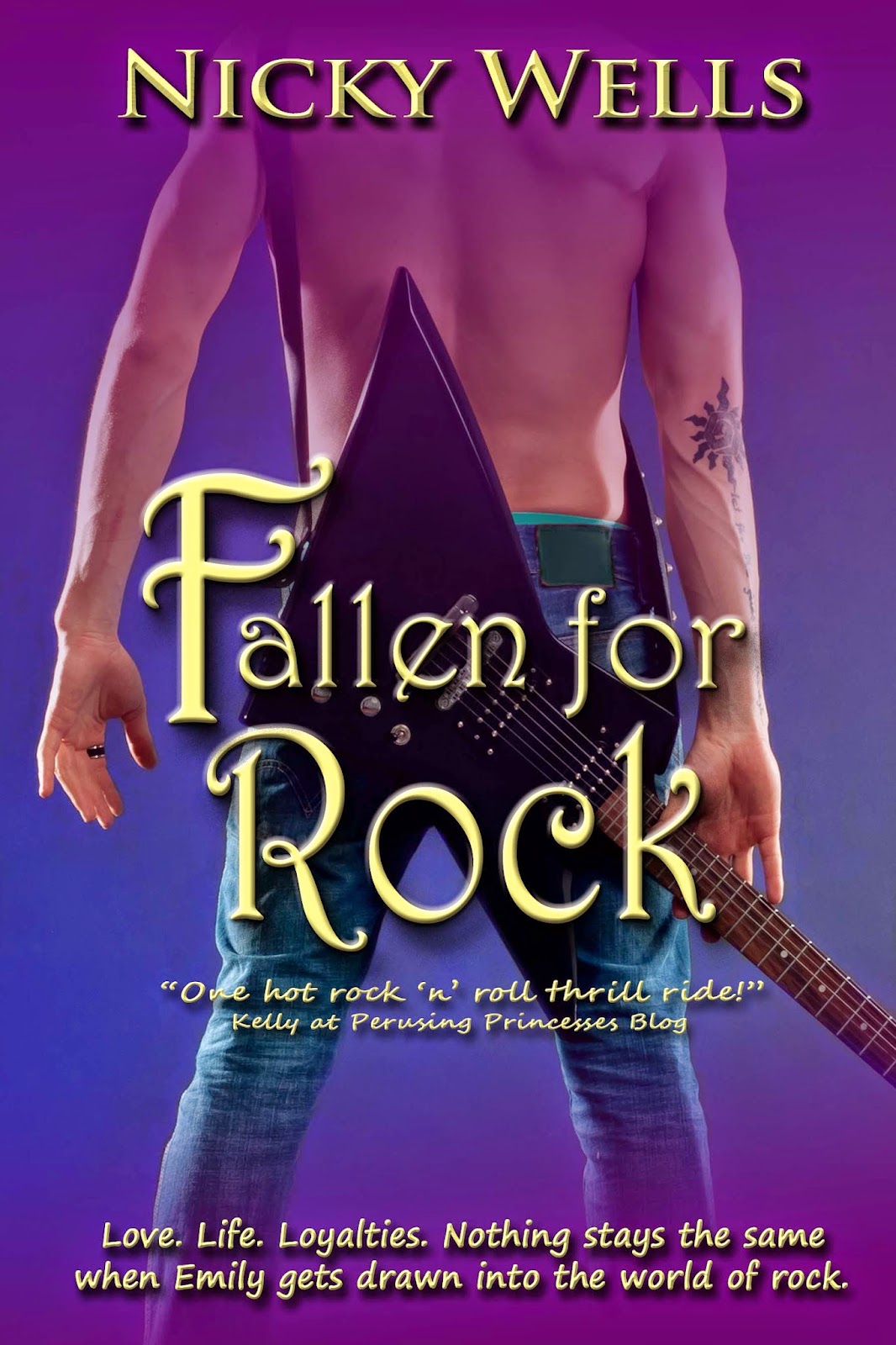 ‘A thrilling and delicious story of love and self-discovery woven around a broken romance that will make you turn page after page and cheer to the end.’
Love, life, loyalties. Nothing stays the same when Emily gets drawn into the world of rock.

Glossy and sophisticated professional high-flyer Emily has no time for nonsense such as the rock music her ex-boyfriend Nate adored so much. Yet when she unexpectedly comes into possession of VIP tickets—access all areas—for new rock band phenomenon, MonX, she can’t resist the temptation.

The fateful gig turns into more than one night, and Emily finds herself strangely drawn to this new and unfamiliar glittery world. However, only weeks later, MonX and her own universe fall apart with devastating consequences for all. When MonX lead singer Mike appeals for her help, she reluctantly embraces a new opportunity. But she soon discovers that while she may be a rock chick after all, a groupie she is not… Or is she?

Just exactly where do her loyalties lie? And what direction will her life take now that she’s left behind everything she treasured?

Warning! Fallen For Rock contains some explicit content and strong language that may not be suitable for readers under eighteen years of age.

First, I have to say that I am honored to be hosting this stop on my birthday. Just like Nicky, I am a rock chick. I love my rock music. I love to be friends with the bands. I love to date musicians. Last year, I celebrated my birthday at the epic Pearl Jam show at Wrigley Field.  (ON my birthday!!) I love to read rock star romances.

What I love about Nicky's books is how she seamlessly blends the rock star world with a dash of romance. While the shenanigans in which the lead characters find themselves can be kind of crazy, they still seem real. And it's not just a sexual fantasy being played out. In this book, in particular, Emily is going on a life-changing journey, to discover who she really is. The musical experience is part of the soundtrack of her life. It gently molds her and guides her along to places she has never experienced and awakens her inner rock goddess that she never knew existed. While I can't imagine having never been to a rock show before, I can still relate to Emily's experience of evolving and gaining strength. She seems like someone I would know in real life. Mike is reminiscent of some of my musical men I have known in the past.

I hate to make comparisons to other authors, but Nicky definitely reminds me of my other "mainstream" favorite British authors. There is plenty of comedy to keep you laughing. There are touching moments that may bring a tear to your eye. Overall, it's a delightful rockin' romp that will entertain you while lounging around the pool this summer! 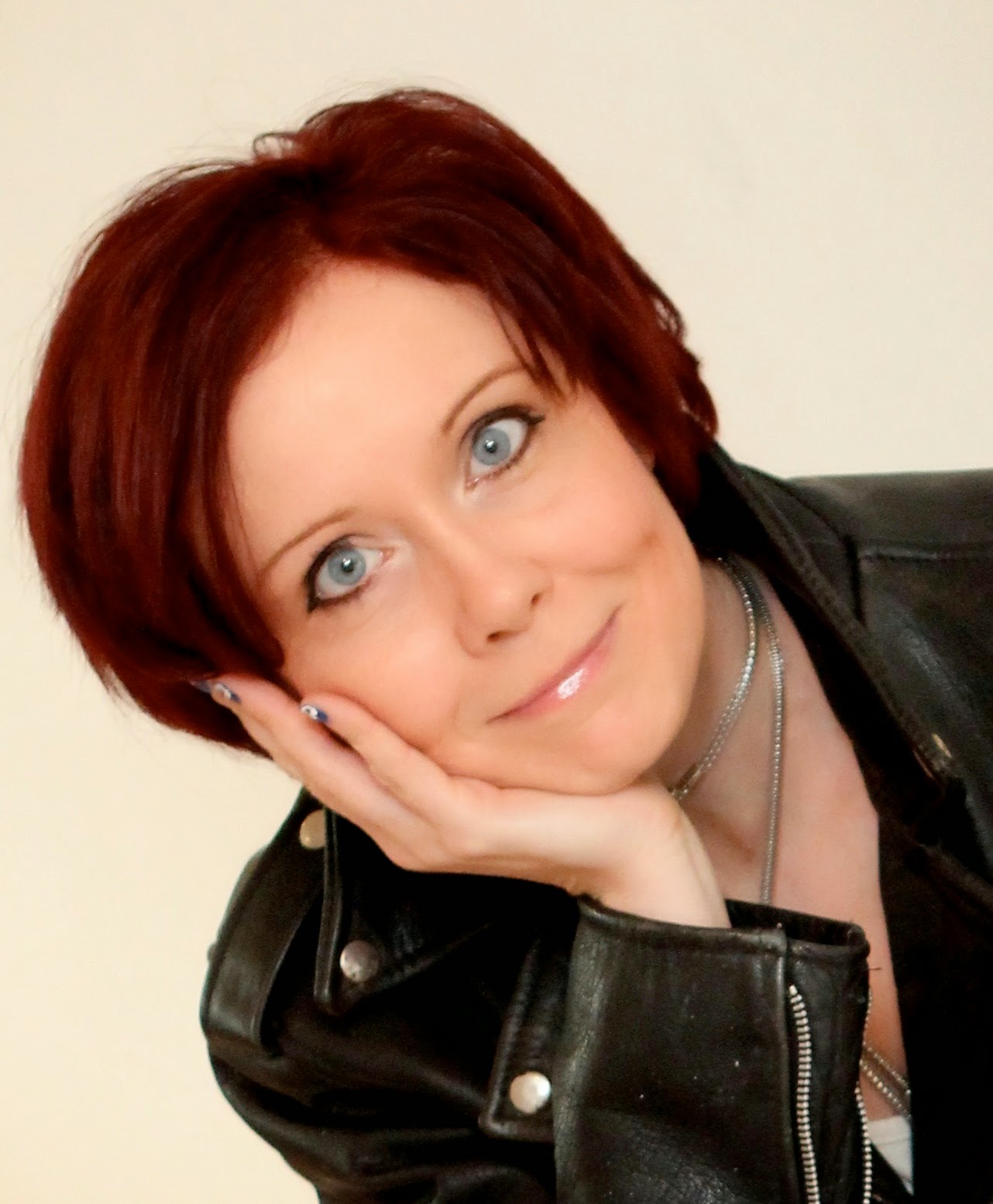 About Nicky Wells: Romance that Rocks Your World!

Nicky’s books offer glitzy, glamorous romance with rock stars—imagine Bridget Jones ROCKS Notting Hill! If you’ve ever had a crush on any kind of celebrity, you’ll connect with Nicky’s heroes and their leading ladies.

Born in Germany, Nicky moved to the United Kingdom in 1993 and currently lives in Lincoln with her husband and their two boys. Nicky loves listening to rock music, dancing, and eating lobsters. When she’s not writing, she’s a wife, mother, occasional knitter, and regular contributor at Siren 107.3 FM with her own monthly show. Rock on!

Did you know? There’s a single out now by Nicky’s fictional rock band Tuscq come to life! “Love Me Better” is available for download from Amazon, iTunes and many other places.

To celebrate the launch of Fallen for Rock and to spread some joy, Nicky is giving away the following items: