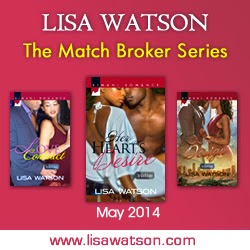 Love's his only mission

After a series of dating disasters, Tiffany Gentry isn't ready to risk her heart again. Just when she decides it's safer to stay single, the Chicago boutique owner meets Colonel Ivan Mangum. The gorgeous military hero is an expert in security. Yet Tiffany has no defense against Ivan's sensual maneuvers….

Ivan knows that Tiffany should stop looking for Mr. Right—she has already found him! From romantic city nights to a passionate tryst at his mountain retreat, Ivan uses every seductive weapon in his arsenal to prove he's her true soul mate. But when their future together is threatened, will this soldier find a way to turn his dream of love into a mission possible?

“You know, when I came to celebrate, this wasn’t what I had in mind.” Ivan handed his grandmother her ice cream, and then parked his SUV alongside the ice-cream parlor. “Hey, I’m sick of sitting around watching television all day,” Cecile Mangum replied. “It’s my birthday. I wanted a change of scenery, and you’re the only one of us with a driver’s license. I really appreciate you taking me to my favorite ice-cream parlor, honey. Of course, if you prefer that I take the wheel I…”

Ivan’s grandmother snorted. “I go through one little red light, and the whole community is up in arms.”

“GiGi, you almost caused a four-car pileup behind you. Not to mention the couple on the park bench.”

“Luckily for you, they were still able to,” Ivan pointed out. “Not everyone that old is that limber.”

“Presumably that’s why you’re here. I do appreciate the visit,” she replied.

Ivan reached over and squeezed her heavily veined hand. “It’s my pleasure.”

“I didn’t.” His thoughts drifted to Tiffany. “I had some help trying to find something nearly as wise as you.”

“Scoundrel.” She chuckled. “And where’s that other rascal?”

“Cole had to work late. He’ll see you tomorrow.”

“Work indeed.” She took a spoonful of her chocolate sundae. “My grandson is probably out chasing skirts. Mangum men have always been charmers. You know, when your granddaddy was alive, he could charm me right out of my—”

Ivan quickly put up a hand to stop her. He took a healthy sip of his milk shake.

“Saints preserve me. You aren’t sitting next to the Virgin Mary, you know. It ain’t over till it’s over.”

“Fine. If you don’t want to talk about my love life, how about yours?”

“There’s nothing to tell, GiGi. I’m not seeing anyone.”

“Hmm…I hear a restless note in your voice, honey. You need to make time for romance, and don’t give me that gibberish about work.”

“I have a policy about not fraternizing with my employees…in that capacity.”

“Bah. Do you have a policy for everything? How boring is that? Ivan, work doesn’t keep you warm at night, or fill you with a burning desire to—”

“I get it,” he interrupted again.

“My body is old, sweetheart, not the mind. You need to find a woman who can make you happy…make your soul smile. That’s the kind of connection I had with your grandfather. It’s rare enough to find without you purpose- fully overlooking it.”

That made Ivan smile. He leaned over and kissed his grandmother’s cheek. “Who says I’ve overlooked it? What makes you think I’d bring every girl I date here?”

Cecile did a double take. “Every? Hell, how about any?”

Ivan stayed another few minutes, sparring with his grandmother before escorting her back to the assisted- living facility. On the drive home, he pondered her words. Some of her advice was spot-on. Ivan was stuck in a rut, and he needed to shake things up.
When it came to relationships, the challenge had been maintaining them. When he loved, he was all in. There was no in-between. Debra was the last woman he’d given his heart to, and she had handed it back with artillery shells in it. It hadn’t been loaned out since. There’d been women, but it was strictly physical, or as his grandmother put it, to get his ice-cream cone dipped once in a while. She was incorrigible. Cecile Mangum was a virtuoso at human nature, and seeing someone’s true colors. If Ivan could’ve done that half as well, he’d have saved himself a lot of heartache.

Debra’s deception had cut deep, but it was history. Ivan had survived. Now a new woman had caught his eye and breathed life back into him. She was exciting and beautiful.

Yes, definitely time to move on.

Lisa loves traveling, so weaving beautiful destinations into the pages of her novels as lush backdrops, or the heritage of her characters is not uncommon.

Lisa's first series for the Harlequin's KIMANI™ line, The Match Broker series, introduced readers to Love Contract, and matchmaking guru, Norma Jean Anderson, aka The Love Broker. Her goal is to have her son, Adrian, and everyone in his immediate circle of friends, happily married—period. Look for book two in the series, Her Heart’s Desire in May 2014, and book three, Love by Design in October 2014.

Lisa works at a technology consulting firm, is the co-publicist for RT BookReview Magazine's annual RT Booklovers Conventions, and the host for Reader’s Entertainment Radio show.

Married for eighteen years, with two teenagers, and a Maltipoo, Brinkley, Lisa lives outside Raleigh, NC and is avidly working on her next series.