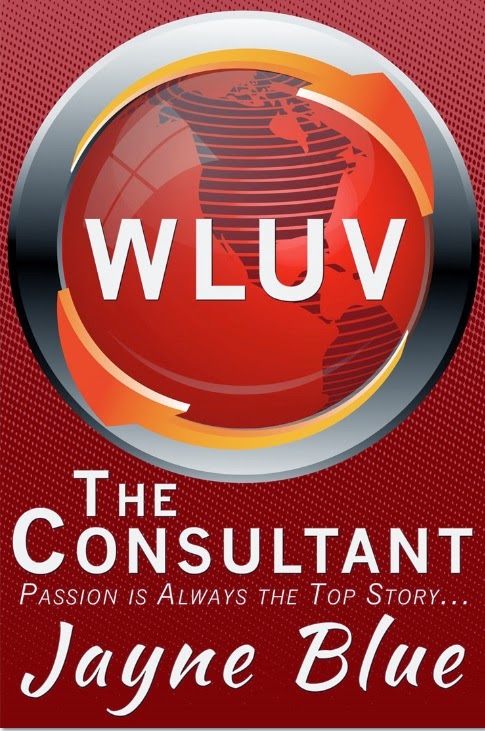 With THE CONSULTANT Jayne Blue introduces you to WLUV, the television station with nothing going for it but hot on-air talent. THE CONSULTANT is a sexy, contemporary romance that leads off the WLUV series.

Macy Green shows up at WLUV after a spectacular scandal. She was the nation’s hottest investigative journalist until her famous sports caster boyfriend publicly dumped her to knock-up America’s favorite perky morning talk show host.

Now Macy has been bumped back down to local news, this time as THE CONSULTANT. It’s Macy’s job to fix loser television stations, that’s where WLUV comes in. WLUV is populated by a quirky cast of characters and is in the ratings basement. That’s why station owner, Wes Thompson, wants to shut it down.

Will the ratings go up? Will WLUV survive? Can a network hotshot find true love in local news? Find out in The Consultant.

WLUV – TV where passion is always the lead story!

Includes a bonus excerpt of The Rookie Reporter – WLUV Book #2

Get it on Amazon

From the author:
This series is very steamy and set in a local newsroom. Fans of Bella Andre's Sullivan Series will love these books. Each is set in the same world but follows different characters.

Author Bio:
I am a Jayne of all trades! I've worked in media and law. I married my high school sweetheart and am mom to three boys and one girl who I SWEAR is Gilda Radner returned. Along with worky work I've been band mom, theater mom, football mom, and reading room mom. I write witty smut and sizzling love stories.