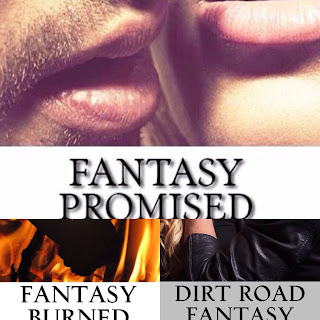 Today on Books to Light Your Fire, I would like to welcome author Sue Langford. If you follow the blog, you will know that I have been featuring her latest series, about country star romance, called the Fantasy series. Here, she gives us some more insight into the series, as well as letting us get to know her a little bit better.


The Fantasy series will be complete later this month. What was the inspiration behind it?

It’s actually complete now. Fantasy Promised is the final book in the series. I have had the luxury of meeting a few of my favorite celebs and it never fails to surprise me how crazy the fans are. I remember hearing the amazing love story about how Brantley Gilbert got engaged to his now wife Amber. Since I am a huge fan of his, I opted to be inspired by him. My idea was, knowing that Brantley had another fiancee before he married Amber, what would it be like to be engaged to someone who’s heart was stuck on someone from the past? I’ve been through relationships where that was the situation and it takes a strong woman to live through them.

You talk about Brantley Gilbert being an inspiration. Who is this?

He’s a country star who’s written songs for Jason Aldean and currently has his 3rd CD in the top 10 on the country music charts.

What is it about musical men that keeps us begging for more?

The fact that they can stand on the stage and write music that comes from their heart. Not one fan hasn’t had a situation or can understand a situation that musicians put in to some of the best love songs. One of my favorites was always “Saving Amy” by Brantley Gilbert or “You don’t know her like I do”. It draws out emotions that some women can’t resist, and the fact that he’s pretty handsome doesn’t hurt either.

What is it about the country life that is so appealing to you? Why does it appeal to your readers?

A lot of my readers are already huge country music fans. Just this past June, I did a book signing in Nashville, TN at the CMA Music Festival and I had nothing but compliments. They saw it as a fan would from the beginning because it was inspired by their favorites. I’ve always had difficulty finding my place in a big city. I’ve always loved the back roads driving and the laid back mentality. That’s what country artists are like for the most part too. Nashville has always felt like home to me. It’s a city within a town in my mind. You have the draw of the city, with the feeling of a town where everyone is nice and helpful and kind. A lot of my readers are from little towns and it helps them to understand it from a lot of different angles.

How do you think your focus on country makes you stand out?

Not many people can meet country stars and not get star struck. I look at them as “They’re the lucky ones who made a career out of what they love.” I see them as regular people with extraordinary jobs that we all admire. Everyone else puts them on a pedestal. I prefer to treat them like they’re normal.

Can you tell us more about the variety in your books?

A lot of the stories just kind of come to me. The last series I wrote, the Secret Series, was inspired by something I caught a glimpse of on social media. People were impersonating celebs and it sort of stuck. My theory was, what if he didn’t cheat? What if he was as mad as we all are about the fake profiles. It was a great idea and I just ran with it.

The Fantasy Series truly was my favorite. Now that the series is complete, it kills me to let those characters go. The Secret Series does come in a close second though.

To which character do you most relate?

That’s kind of hard to say. There’s a little bit of me in each of the female characters I write. I think I’m a lot like Savannah in Dirt Road Fantasy…..or at least I wish I was.

Would you ever want one of your books adapted for film or television?

That would be the biggest honor ever. I think that’s how I write the way I do. I see it like it’s a movie on a screen.

What is it about writing that fulfills you?

What are you working on right now?

I’m working on a new book, possibly series, entitled Forbidden. It’s about a girl who falls for a man she didn’t know was married and how she ends up finding the love of her life in the oddest of places.

When not writing, what can we find you doing?

I wish I could be there more, but I always make a trip to Nashville between books or if I get stuck. That’s where all my inspiration starts. Whether I’m driving through dirt roads and come up with ideas or I’m sitting at the Ryman Auditorium or The Grand Ole Opry, I always find the best ideas in Nashville and I try to be there as much as I can.

What is something readers may be surprised to learn about you?

When I was younger and in high school, a teacher once told me I couldn’t write and to just give up. That I was better off not trying then making a fool of myself. I think that teacher is eating his words now. My first novel was so over-edited that I almost hated it. From then on I opted to do it myself with a little help from some friends and I haven’t looked back. Still dream about the big book deal with a huge publisher though.

What is a question that you have never been asked but always wanted to answer?

I remember long ago being asked how I met the people I’ve met when it’s so hard to do. I never had an answer until now. My theory about it is there are certain things that are put in your path for a reason. Whether it’s from a higher power or not, they’re put there to lead you on the right path. I’ve lived out my life being happy for any blessing no matter what it was. When I first met Rascal Flatts, they told me that you can make any dream come true no matter how crazy it was. A little over a year ago I got to remind them of it. They asked how they inspired it. I told them because of their inspiration, I was signing my 8th book at the Country Music Hall of Fame and Museum. They inspired me to keep dreaming. Something I’ll never stop doing.

Is there anything else you would like to add?

Don’t forget to check out my website for contests, info, books and a whole lot more. http://suelangford.wix.com/suelangfordauthor

All of Sue's books are currently available on her website here.

Find out more about the Fantasy series by clicking on a book cover below: 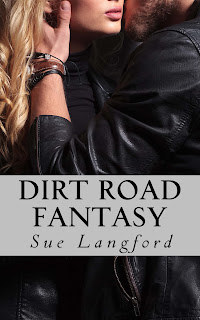 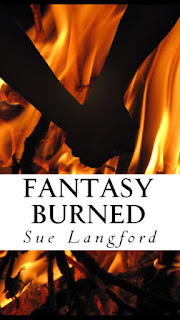 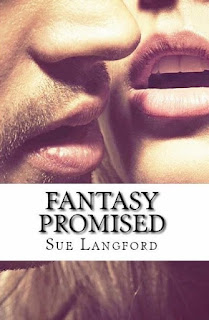 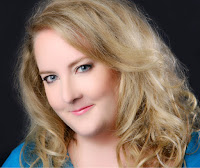 Sue has been writing since her teenage years. When she first stepped into downtown Nashville, she realized that she'd found her inspiration. Fueled by a love of country music and a history in helping friends through rough situations, she stuck to her writing until she was willing to share a story with the world. Driven by her passion, Sue wrote her latest 4 ebooks in a matter of months. Fans have said over and over that her writing is one of a kind. It's driven by an outside perspective on things close to her heart. Sue was always dreaming of a hero like the men in her novels. Most recently, she's found new inspiration from a chance visit to the Country Music Hall of Fame in Nashville, Tennessee.

The ideas never stop flowing with her. She always finds a niche that nobody expected. She's been inspired by some of the top country artists including Jason Aldean, Luke Bryan, Brantley Gilbert, Rascal Flatts, Miranda Lambert and more. What does she do when she goes to Nashville? Opry House tour, The Ryman Auditorium and the Country Music Hall of Fame. Inspiration flows for her where there's music history being made.

The Many Novels of Sue Langford